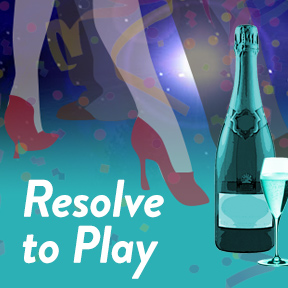 Whether it rocked or rolled, 2014 is about to be history. Time to look to the year ahead. A deep gaze into a crystal ball and discussions with Brown Paper Tickets‘ event specialists indicate that 2015 is going to be a pivotal year for events.

We narrowed it down to just 10 trends.

2015 will be the year to go wild with venues. Seattle Living Room Shows is a stellar example. In a matter of a few hours, the Watt sisters transform a room into a concert space with lights, mics and musicians. Sold-out crowds adore it because quaint quarters allow them to get up close and personal with their favorite bands.

2. Restaurants Pop Up in Strange Places
Tacos from a train car. Hot dogs from a hot air balloon. Seafood from a submarine. Pop-up restaurants, underground suppers and food trucks aren’t a new phenomenon, but expect to see more mixed-use spaces and unusual eateries in 2015. There’s also a continued interest in tasting menus, where chefs curate a unique dining experience.

3. Butcher. Baker. Candlestick Maker.
Home-brewing, bee-keeping and canning classes were all the rage with the rise of DIY the past few years. In 2015, classes will feature a more … sanguinary aspect of agriculture: chicken processing and hog butchering. People not only want to know where their food comes from, they want to learn how to process it.

Bakers are now offering classes with a diet spin, like this gluten-free pie making class.

4. Pickled, Brothing + Beet Yogurt… Oh My!
Prepare for more pickled, fermented, cured. Our Food and Drink Specialist, Patrick Nelson reports, “Chefs are getting back to their roots by making vinegars and other mouth-puckering goodies.”

Brothing is a food fad coming to a mug near you. That’s right—instead of coffee, you might see passersby sipping, slurping and savoring morning broth. New York-based Brodo serves broth by the cup and it’s catching on.

More and more, health-conscious consumers realize the importance of veggies. Ugly root vegetables will be en vogue in 2015. And according to this 2015 food trend report, vegetable yogurt is on the table next year. Carrot. Beet. Butternut Squash. Mmmm … ? Events, caterers, chefs, even festivals will serve up surprising concoctions while guests mingle and feast.

5. Wearable Technologies Geekify Events
James Bond or Jetsons. Whatever visions dance in your head when you think of tiny devices surreptitiously strapped to a body, the future is now. Google Glass gleeks have multiplied while privacy issues seem to fade. Wrist-hugging fitness trackers will tell more event goers how many steps or calories they scored since walking in a door or ending an evening (“I burned 500 calories at this event. Sweet.”) Apple plans to release a stylish smart watch in spring. 2015—the year of the body gadget.

6. Marijuana, the New Merlot
We said it before and we will say it again: marijuana is the new merlot. More cannabis event organizers will sprout up to take advantage of recently passed state laws in Colorado, Washington, Alaska and Oregon. Getting high will go high class, as pot sheds its stoner mystic. We might not be too far off from smoke-up tents at the symphony. 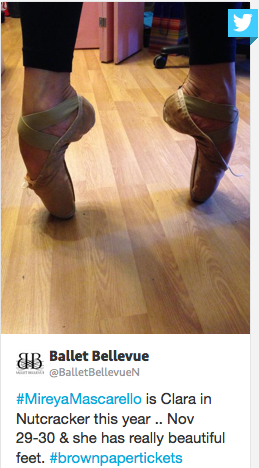 “Pictures or it didn’t happen” is so 2012. In 2015, we’ll see more pictures as it happens. In 2014, Instagram surpassed Twitter’s active users with 300 million compared to Twitter’s 284 million. Live photo sharing from events is a creative, visually enticing way to engage.

This dancer used social media to promote her event and gave a little love to #brownpapertickets. You are following us, aren’t you? Ahem.

Expect to see super sleek photo booth: OnomonoMEDIA popping up at events. It allows photo sharing right from the booth and is hugely popular at corporate events.

8. Events with Social Impact
As the Not-Just-For-Profit Ticketing Company, we’re thrilled to report that giving back is going strong into 2015. Perhaps taking a cue from TOMS Shoes, restaurants are offering the option to buy a meal and donate a meal to the hungry. Event organizers are setting up “giving” tables to collect goods while people enter the event. Couples are making charity a part of their wedding celebrations.

Resolve to give more in 2015? Our fee-free donation tool can help maximize the money you raise for good causes.

9. The End of Waiting
Imagine ordering a banana split and eating it in split seconds. Will 2015 bring the end of waiting in line? New customer-facing apps are coming out rapidly to meet the demands of mobile-wielding millennials. Club-goers want to customize their cocktails from where they’re standing, strut to the bar and have them ready. Love or loathe it, more apps for the increasingly impatient are coming out in 2015.

10. Planes, Trains, Uber-Mobiles
Ride services like Uber and Lyft passed the initial “early adopter” phase and will be more mainstream in the coming year. Definitely expect the cab line to get shorter as more and more will get to and from events using these slick services.

Wishing you the best in 2015. What do you think the next big thing is? Ring in below and help us ring in the New Year.