This Friday, the inaugural Hollywood Burlesque Festival kicks off in Los Angeles and we are especially excited for this one as it’s produced by longtime Brown Paper Tickets supporter and producer/hostess of Monday Night Tease, LA’s longest running weekly burlesque show, Lili VonSchtupp. Lili is the perfect example of what is possible if you are passionate and devoted to your art form. To host a weekly show that packs ’em in week in and week out is no small feat and burlesque producers could learn a lot from Lili. She’s definitely got the skills to pay the bills!

Lili’s taking her incredible production skills to the next level this weekend as she hosts the first ever burlesque festival in Los Angeles. She’s got four days of shows, classes, tours, movies and parties planned and I’m especially excited because I get to go down there and be a part of all the fun. If you’ve ever wanted to meet me or know more about Brown Paper Tickets, you can look for us in vending where we’ll have a table set up all weekend or come to the Three Clubs on Sunday, December 8 from 6:30pm to 8pm, where we’ll be hosting a meet and greet with anyone that’s curious about us, what we do and how we can help you out with your burlesque show, festival or classes. If you’re going to be in LA this weekend, please find me and say hi.

I got a chance to catch up with Lili and pick her brain about the LA burlesque scene, her personal burlesque history and the festival. She even offers some valuable advice to producers out there that are thinking of starting up their own festival.

So, without further ado, I give you, the one and only Lili VonSchtupp! END_OF_DOCUMENT_TOKEN_TO_BE_REPLACED 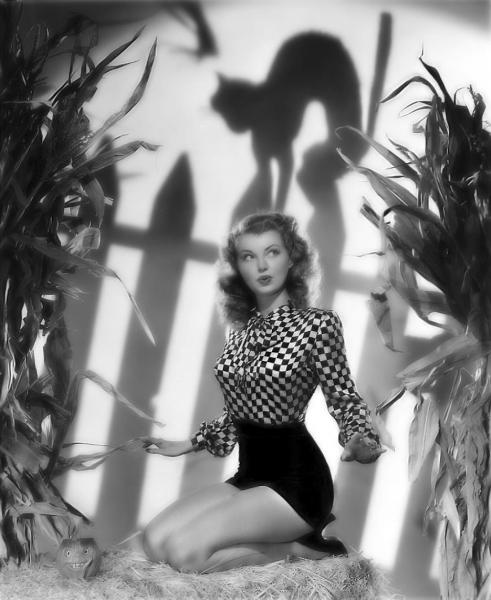 We’ve been talking about it all month, but Halloween is almost here! As I mentioned before, this time of year, Halloween events flood our website and the burlesque events that roll through are always the most interesting.

I’ve been making an effort to feature as many as I can over the past month, so you probably saw my picks for the first half of October’s events already. Today, I will feature the other half of October’s shows so that you can hurry up and get tickets to these shows before they’re gone for good.

Friday, October 25 I 5th Annual T*ts-or-Treats Burlesque Show!   The Bat City Bombshells present their 5th Annual Halloween Burlesque show that will scare your pants off!  This is one of their FAVORITE shows of the year as we present all of their best spooky, creepy, and downright sexy routines that will leave you asking for more! The Bombshells are pleased to bring to our stage things that bump in the night, Molly Macabre, Chola Magnolia and Bethany Summersizzle! Stay after the show to enjoy drinks with the amazing band Palomino!

Friday, October 25 I HITCHCOCK – “A special edition of Naked GHOULS Reading”   For the fifth year in a row, Naked Girls Reading Chicago is hosting its annual Naked GHOULS Reading Halloween spectacular.  But this year will be even more special.  The bare lasses have decided to scare their pants off with a variety of readings from the master of suspense, Alfred Hitchcock. PLUS, there will be fun Hitchcockian themes for each segment (you will not want to miss this) AND a Hitchcock Costume Contest. So, don your best Psycho duds, grab a reservation and watch beautiful naked girls reading from some of literature’s most suspenseful moments. END_OF_DOCUMENT_TOKEN_TO_BE_REPLACED

Tuesday Tease: Do the Santa Shimmy!

Thanksgiving has passed and the holiday season has begun. Christmas music is filling the streets, shoppers are filing the stores and holiday shows are filling seats all over the country.

If you’re like me, you could take or leave the majority of schmaltzy holiday-themed events. Don’t get me wrong, I love the holidays and spending time with my loved ones but I can take or leave the pre-packaged happiness that’s shoved down our throats this time of year.  I prefer my eggnog spiked with a healthy dose of holiday “spirit” (if you know what I mean) and I’m much more likely to watch “Bad Santa” than sit through “It’s A Wonderful Life.” “The Nutcracker” and “A Christmas Carol” are great but I prefer holiday shows that take the fluff out of “the most wonderful time of the year.”

Luckily for cads like myself, the burlesque scene comes alive this time of year with holiday-themed events that hold the schmaltz and double up on the shimmy and shake. We all know that glitter is better than tinsel and, truth is, I’m much more likely to sit through “A Christmas Carol” if there’s a naked girl reading it and “The Nutcracker” sounds like so much more fun with clowns, circus acts and blow-up dolls.

So, for all my fellow humbugs, I’ve put together the first list of upcoming holiday events for the “adult” set. Whether you’re in Seattle, New Orleans or Anchorage, we got a show for you, complete with adult beverages and titillating temptresses. Baby, it’s cold outside and I can’t think of a better way to heat things up! Enjoy. END_OF_DOCUMENT_TOKEN_TO_BE_REPLACED

It seems that the world has finally come to its senses and realized that being a Geek is a good thing. How good, you ask? Good enough to inspire burlesque shows! It’s not really all that surprising when you think about it. If you drew a Venn Diagram of “sexy” and “nerdy” the space where they overlap would be burlesque (you could add glitter and hot-glue also but that would be getting away from today’s subject).

Today we are talking about geeky burlesque! Errr….geeklesque?

We’ve got books, video games, pirates, Star Wars, Star Trek, Muppets, Lord of the Rings, Doctor Who and much more epic awesomeness to blow your mind and reduce you to a quivering mass of nerdy joy. So, without further ado, here’s our picks for upcoming Geeklesque performances around the country.

New York, New York
What do you get when you cross Burlesque with Battlestar Galactica, the Twilight Zone, Doctor Who, Star Trek, the X-Files and Sea Quest? Give up? You get EPIC WIN BURLESQUE Presents: SCI-FI TV! This Friday and Saturday, September 14th and 15th see your favourite science fiction television shows explode onto the stage with sexy, geeky glory!

Also coming up next Tuesday, September 18, Hotsy Totsy Burlesque presents their tribute to the BBC nerd-classic Doctor Who. Apparently, the doctor is sick and tired of everyone making a profit off of his name and face all over the internet, so he’s decided to host a galactic burlesque show. This nerd-tastic night of inter-galactic booty shaking will feature performances by Cherry Pitz, Lana Firebird, Lewd Alfred Douglas, Little Motown, Matt Knife, Nasty Canasta, Nelson Lugo, Ruby Solitaire, Teddy Turnaround and Handsome Brad as Dr. Who!