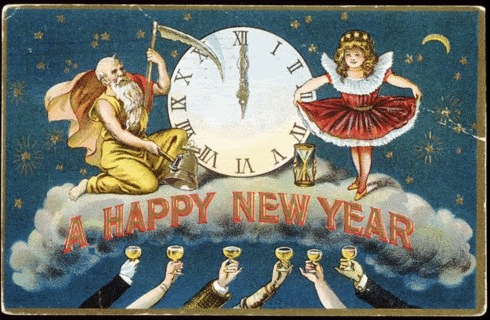 2013 is coming to a close and 2014 is rapidly approaching. It’s time to start making your New Years’ Resolutions. And, if you’re going to make a resolution, you should make one that you are definitely going to keep. Odds are you aren’t going to finish writing that novel or learn to play the theremin. You may manage to be more organized, but where’s the fun in that?

If you want to make a resolution that you know you are not only going to keep but have fun keeping, resolve to go see more burlesque! To help you out, here are some wonderful shows that are coming up in the very near future. END_OF_DOCUMENT_TOKEN_TO_BE_REPLACED

Saturday, January 4 I Come With us on a Journey Through Time and Space: A Mighty Boosh Burlesque Tribute – Seattle, Washington

The Mighty Boosh is a British comedy troupe featuring comedians Julian Barratt and Noel Fielding. Developed from three stage shows and a six-episode radio series, it has since spawned a total of 20 television episodes for BBC Three and two live tours of the UK, as well as two live shows in the United States.

In May 2004, after the success of a Boosh pilot, Steve Coogan’s company, Baby Cow Productions, produced the first television series of The Mighty Boosh for BBC Three, before it moved to BBC Two in November that same year. Though each episode invariably starts and ends in Dixon Bainbridge’s dilapidated zoo, the “Zooniverse”, the characters of Vince and Howard often depart for other locations, such as the Arctic tundra and limbo.

A second series, shown in July 2005, saw Howard and Vince sharing Naboo’s flat in Dalston with previously minor characters Naboo and his familiar, Bollo, a gorilla living at the “Zooniverse”. This series had an even looser setting as the four characters leave the confines of the flat in every episode, travelling in their van to a variety of surrealistic environments, including Naboo’s home planet “Xooberon”.

Series three started in November 2007, still set in Dalston, but this time the foursome are selling ‘Bits & Bobs’ in their shop, the Nabootique. Their adventures and outings in this series focused more on the involvement of new characters (e.g. Sammy the Crab, or Lester Corncrake etc.) rather than just the two of them.

This burlesque tribute to the cult hit will take place at Belltown’s Rendezvous/Jewelbox Theater and is lead by the board of Shaman (aka L’Orchestre D’Incroyable) and hosts Morbid Curiositease will take you through a journey of time and space featuring: La Petite Mort, Czech Mate, Dogwood, Penelope Rose, Amy Corinne Dougherty and a few surprises. Electro Boy/Girl dance party in the Grotto to follow with a DJ battle Kevin Incroyable vs Dominick J Kreep!
END_OF_DOCUMENT_TOKEN_TO_BE_REPLACED

Man, 2013 is shaping up to be the year of the inaugural burlesque festival. If you’re a regular reader of the Tuesday Tease, you’ve seen that we’ve featured a ton of them this year.

Well, those days are over, because Cha Cha Velour, long time Vegas burlesque stalwart, founder of Las Vegas Burlesque Classes and the monthly showcase Live Burlesque in Las Vegas has started the Las Vegas Burlesque Festival! The festival kicks off this Thursday with the Thursday Night Showcase at Boomers Bar. We are absolutely thrilled to be a sponsor of the festival and to be ticketing Thursday night’s show.

Cha Cha took some time out of her insane pre-festival schedule to talk to us about the burlesque scene in Las Vegas, where to find the “real” burlesque in Vegas and she even offers a little advice to those of you thinking of starting a burlesque festival in your own town.

So, without further ado, I give you Cha Cha Velour, “burlesque beauty and tattooed cutie”: END_OF_DOCUMENT_TOKEN_TO_BE_REPLACED

Tuesday Tease: This Week in Burlesque

For whatever reason, October is a busy time in the burlesque world. I think part of it is because the weather is cooling down and folks need steamier entertainment to warm them on the cold nights. The other reason is because Halloween offers a myriad of themes to play with, like Rocky Horror tributes, zombies, vampires, sci fi, you name it.

Whatever the reason, our site is overflowing with great shows happening around the world and so, instead of having a “theme” for this week’s post, I thought I’d just highlight some of our picks for the first week of Rocktober. I’ll do a post later in the month that focuses on Halloween burlesque events but for this I thought I’d try and show a little of the diversity of shows that are happening this month. We got shows all around the states and even a couple in Canada and the United Kingdom worth checking out.

So, enough from me, here’s your October in burlesque:

Starts Thursday, October 3 I The W. R. Athskellar Cavalcade of Curiosities   An immersive and interactive theatrical experience, visitors to The W. R. Athskellar Cavalcade of Curiosities find themselves embroiled in an ancient battle… with the audience as the prize! Don’t miss this all-new interpretation of The Boston Babydolls’ popular Halloween show! Highlights of the evening include live music from the house band, the occasional circus stunt and, of course, burlesque from the award-winning Boston Babydolls.

The journeys of  W. R. Athskellar span the globe and countless decades, searching for one exceptional performer after another. Why, on an ordinary night, while the band plays in this 10-in-1 attraction you might see The Disconnected Twins, The Illustrative Woman, or spy the Spider-Girl descending from the ceiling. On any regular evening, you could try your eye in The Shooting Alley, test your strength on The High-Striker, or learn what your future holds in The Fortune-Teller’s Tent…but this is neither a regular night, nor is there anything ordinary about your visit this evening.

Friday, October 4 I Abracadaver Cabaret   Sisters, sisters. There were never such devoted sisters. At least, none so devoted to horror. There seems to be a growing correlation between sisters and all

things horror in Vancouver. The Soska Sisters, aka the Twisted Twins (of Twisted Twins Productions), have already made their mark on film. Meanwhile, also in Vancouver, The Macabre Mauchlines’ Voodoo Pixie and Mama Fortuna have been dedicated to the same theatre show for four years now. That show, of course, is the AbraCadaver Cabaret. END_OF_DOCUMENT_TOKEN_TO_BE_REPLACED

This week on the Tuesday Tease, we feature a review of Seattle-based Gossamer Wing Productions’ August installment of the monthly show “Sanctuary.” Gossamer Wing Productions was formed by burlesque performer/producer Whisper De Corvo, an up-and-coming face on the Seattle burlesque scene and “Sanctuary,” though relatively new, is already drawing some of Seattle burlesque’s top talent, so Whisper must be doing something right! We love working with inspired producers like Whisper and if you’re in Seattle we highly encourage you to check out her shows.

Our resident burlesque field correspondent James Ulness was on hand to witness the show and here’s what he had to say about it:

On Sunday, August 11, I was fortunate enough to be witness to Gossamer Wing Productions, amazing, August performance of Sanctuary at the Narwhal (in the basement of the Unicorn).

My evening started when I arrived at the Unicorn, on Seattle’s Capitol Hill. After entering, I made my way downstairs into the sideshow festooned, pinball haven that is the Narwhal. I made a brief detour to the claw machine, ordered my drink and found a seat at a beautiful, skull-painted table. After a short wait the host, Mr. Bawdy, took the stage and began two hours that were filled with every style and variety of act that you could ever hope for, from four absolutely amazing performers! END_OF_DOCUMENT_TOKEN_TO_BE_REPLACED